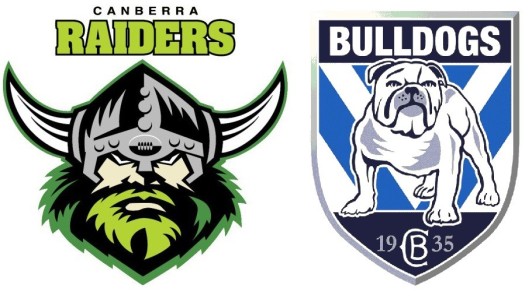 The Raiders looked like they were on their way agai-

Mate, listen, I think we need to talk. The thing is, I think you’ve forgotten how to drop an underachieving player. Others say “oh come on, it’s a team effort. The whole team needs to chip in and lift their game”.

The other 12 players on the field, at any given time, didn’t make excruciatingly bad reads in defence that allowed opposition attackers to stroll in and score near unchallenged.

The other players aren’t playing out their time here, desperately searching for a new club in 2019. At some point you must stop being their friendly mentor and start being an objective, even somewhat ruthless coach.

Telling us that the players are hurting after a loss like that doesn’t apportion any reasonable amount of responsibility. While you can argue that all 17 of them lost it offensively there was one true culprit when it came to defence.

Actually, change that to 16. Why you decided to leave Knight, a young forward with fresh legs and a hunger for real game experience, running up and down the sideline is completely beyond me. I can’t, off the top of my head, name another coach in the NRL that so routinely fails to utilise the maximum number of interchanges allowed.

You have made changes to list this week, but you’re just papering over the cracks. You’ve taken an ineffective half and replaced him with someone who may do slightly better in offence but still has the same problems in defence, albeit for slightly different reasons.

Rather than dropping the offending defender out of the team and back to Mounties you have punted him to the bench.

We don’t need three halves, we need two who can provide reasonable defence along with four capable forwards who can manage a sane rotation.

If you yank X for Y because X is struggling with the workload what makes you think Y will be any better off the pine?

The Raiders have had some agonizing losses this year, and I’m dead set certain that some of them could have been avoided with better team selection and game day rotation.

While the players are indeed responsible for their output on the field I can’t help but feel that you have hamstrung them with some truly stubborn decisions in 2018.

Bleeding Green all over the floor and calling for a medic,

One thought on “Raiders Rumble! Raiders v Bulldogs Round 17 Preview”