Despite the five days of cricket that followed it, for most people the major talking point from Australia’s 120 run Second Test victory would be Joe Root’s decision to bowl after winning the toss on Day One. While Root’s decision looms large over the match, there was much more to take away from the first ever Day/Night Ashes Test. This is what we Learned, Liked and Disliked from the Adelaide Test.

As recently as the last Australian summer, Nathan Lyon’s position in the Australian Test team was under heavy scrutiny. The string of performances ‘the goat’ has put together since that time, including a man of the series effort in Bangladesh, makes this fact almost impossible to believe.

His 4/60 in the first innings in Adelaide was pivotal in Australia’s victory in the Test and also propelled the 30-year-old to the top of Test Cricket’s wicket taking list for 2017. Where England’s spinner Moeen Ali struggled to test the Australian batsmen, Lyon with his bounce and turn caused constant headaches for the visitors.

More than just a handy foil for Australia’s barrage of pace bowlers, Lyon has become a genuine wicket taker himself. With two Tests still to play in 2017, Lyon will have plenty of opportunities to add to his 57 wickets this year. More importantly for Steve Smith, at just 30 years of age there should be a few more years of Lyon’s best still to come.

Australia’s defeat in the Second Test of the 2001 Indian series after having enforced the follow-on, had little effect on Captain Steve Waugh when confronted with similar situations. However, for his successors the pain of defeat in Kolkata seems to have confined the option of enforcing the follow-on to the pages of history.

Evidence of the new orthodoxy of not enforcing the follow-on was plain to see during the Adelaide Test. Despite having taken a sizeable first innings lead, even the lure of bowling to England with a new pink ball under lights wasn’t enough to persuade Steve Smith to ask Joe Root’s men to bat again.

Australia’s second innings failure caused many to question whether Steve Smith had made the right decision but the final victory margin may well ensure those doubts are long forgotten.

PINK BALL AT NIGHT IS A BOWLERS DELIGHT

At no stage throughout the Adelaide Test did batsmen find the going easy but at night time, against a brand new ball, was an especially difficult time for the willow wielders to do their work. The evening session on Day 3 will long be remembered for those who saw it for the searing examination Jimmy Anderson and co gave the Australian batsmen.

In 26 overs, England were able to breathe some life into a contest that seemed all but over until that point. The series may sit at 2-0 but this session under the bright Adelaide Oval lights will give the English some confidence going in to the last Ashes Test to be played at the WACA. 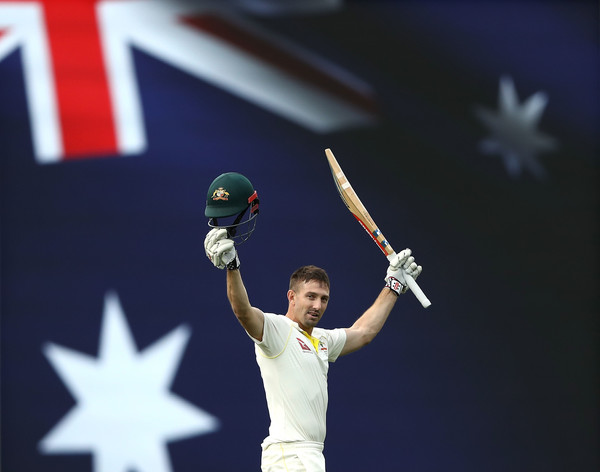 The selectors when picking their squad for The Ashes, turned to Shaun Marsh to add his experience to the middle order. In Brisbane he played a hand in a big partnership with Steve Smith but in Adelaide he provided even more.

With Australia in a little trouble on Day One, Marsh and Peter Hanscomb helped see Australia to the safety of stumps. On Day Two, he took full toll for the hard work he put in against the pink ball under lights. Watchful and patient throughout he brought up and well deserved century that helped set up Australia’s imposing first innings total of 8/442 declared.

It was the innings of a man comfortable in himself and his game. While the merits of whether his form warranted selection or not may still be debated, his man of the match performance has gone a long way to ensuring the position remains his for the foreseeable future.

It is fair to say that, despite this being his fourth visit to Australia, England’s leading wicket taker had not yet produced his best on our shores. A struggle well illustrated by his bowling average in Australia of 36.21 as opposed to his career average of 27.34. In Australia’s second innings in Adelaide he finally produced a display near his best.

With Steve Smith’s men looking to drive home it’s first innings advantage and set England an imposing last innings chase, Anderson produced a masterful display of swing bowling to keep his team in the match. Belying his 35 years, Anderson bowled 22 of the 29 overs from the Cathedral End and ripped the heart out of the Australian innings to record his best bowling figures in Australia of 5/43. An incredible match from Lancashire paceman that could have been even better if not for the intervention of DRS that saw a number of dismissals overturned.

If being one of the fearsome trio of fast bowlers at Steve Smith’s disposal wasn’t enough, Pat Cummins as also provided much needed lower order runs for his captain too. Coming to the crease in the first innings with the match still delicately poised, Cummins swatted his way to a vital 44 as part of a 99 run eighth wicket partnership with Shaun Marsh.

Since bursting onto the scene in his Test Match debut six years ago, it has been a long wait to see the 24-year-old have an extended injury free run. To see him fit and firing after overcoming these set backs is perhaps the greatest highlight to come from the first two Ashes Tests.

I think their line and our line are slightly different things, let’s leave it at that.

The hypocrisy of England crying foul over Australia’s behaviour in Brisbane was on full show in Adelaide. With his team more than happy to engage in ugly verbal assaults of their own, it would seem the only difference in both teams approach to sledging is England’s propensity to complain about it afterwards.

In Adelaide we were treated to the sight of Root talking Peter Hanscomb and Nathan Lyon’s ears off, as he gave them a personal escort off the ground at the conclusion of Day 3. Then there was the ugly scenes of the concerted efforts to make Steve Smith as uncomfortable as possible. Efforts that Jimmy Anderson and others lauded later, as the reason behind England being able to successfully contain the world’s best batsman.

Despite this, the concerted effort by the England team to paint themselves as victims continues. Former England Captain Bob Willis, and former keeper Matt Prior, both spoke of poor Australian behaviour in their roles as commentators during the Second Test. Tellingly, neither would clarify their comments but both indicated that their information came from the English dressing room.

This is a ridiculous pantomime from the tourists. On one hand they want to do whatever it takes to put their hosts off their game, but on the other they don’t want to be subjected to the same scrutiny. They can’t have it both ways. 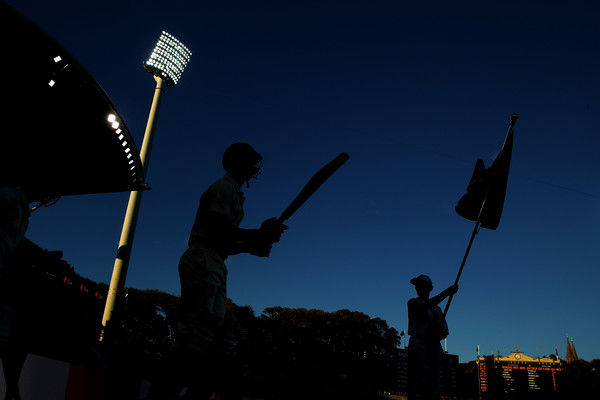 After Australia’s collapse in the evening session of the third day, most attention focussed on Steve Smith’s decision not to enforce the follow on. While the Captain’s decision was deserving of scrutiny, so too did his batsman’s inability to work their way through a difficult situation.

The difficulties posed by an evening session with a new ball are well documented but the application of the Australian top order is deserving of intense examination. In a single session they went a long way to conceding the dominant position they had spent two and half days to build.

Test Cricket is about more than prospering in favourable conditions, until Australia can find a way to overcome difficult situations they will remain prone to collapses like the one they experience on Day Three.

Despite his team now just one win away from reclaiming The Ashes, there is plenty for Steve Smith to think about after the Second Test. After his catastrophic use of DRS on Day Four, how best to utilise the Third Umpire will be one such item giving the Aussie skipper headaches in the lead up to Perth.

After caution saw him miss the opportunity to claim the wicket of Alastair Cook in the fourth over of England’s Second Innings, to the delight of the Barmy Army, Smith would ultimately waste both challenges in a disastrous three ball period.

Unfortunately for Smith, the raucous cheers for his burned reviews wasn’t the end of his horror day four. Just a few overs later, he was unable to grasp a simple chance that had floated to him at slip. Day four will not be one that Smith will look back fondly upon.