The National Rugby League has issued Josh McGuire with a stinging rebuke following a second incident where he appeared to strike at the face of the opposition. 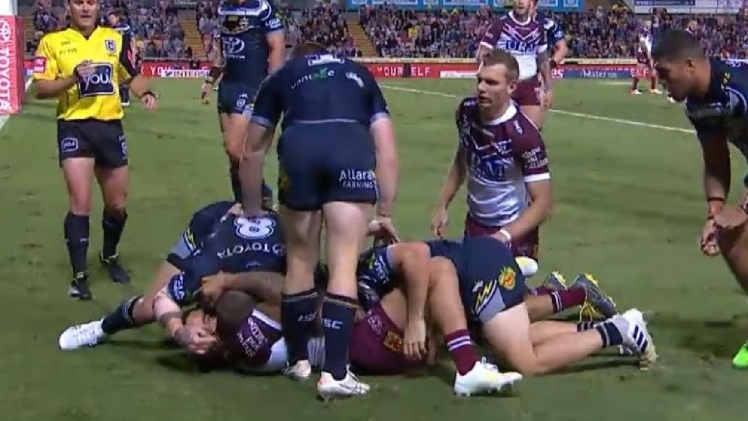 Speaking to our reporter in Sydney, NRL judiciary member Michael Buettner was scathing of McGuire’s behaviour, saying “if he keeps this up we’ll be forced to start treating him like a Raider.”

Believed to be the worst punishment available to the judiciary, such a charge would ensure McGuire is actually suspended for the exact same behaviour that Raider Hudson Young received a five match suspension for.

“We’re completely serious”, Buettner added, “we’ve got to get rid of this behaviour in our game.

If he does this two or three more time we’ll be forced to treat it the exact same way we treated Young’s first offence.”

Young recently received a five match suspension for similar behaviour. Some around the league argued the NRL was unfairly targeting non-Origin players to make ‘examples’ of and allowing Origin players to get off lightly.

“We sure showed them. We’re not scared to take action against Origin stars”, said a visibly shaking Buettner.

The Sportress approached Raiders coach Ricky Stuart for comment but he reminded us the judge said we have to stay 300 metres away from him at all times.