If you’re able to read the ladder you’ve probably noticed the Canberra Raiders have the best defence in the competition. After 8 rounds they’ve allowed in just 102 points, roughly 12.75 points per game (I say roughly because calculators can be hard to use if you’re afraid of them). 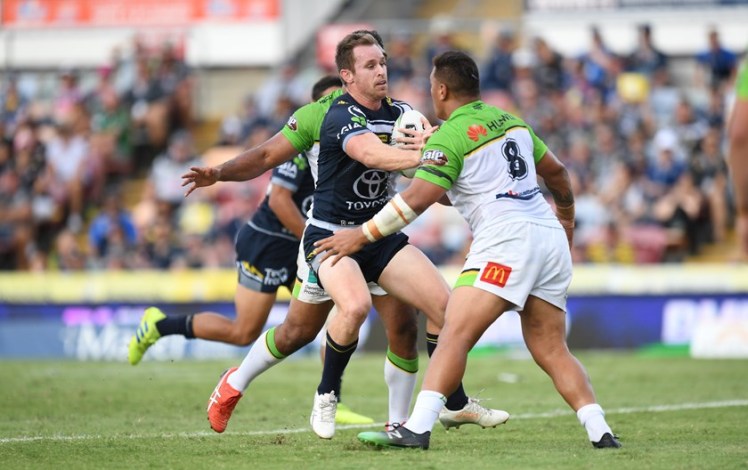 If you’ve been following the Raiders for more than a second you know that defence has rarely been their thing. In fact they haven’t had a top five defence (in terms of points allowed) since 2003, when in a very different competition they ranked third for the season at 19.29 points per game (there was a random sixth in 2010 which is about the closest we’d been for years.

Just what has gone into making that defence work? The line speed and fitness has been much improved this year. Physicality, particularly from the edge defenders has been remarkable. Additions like John Bateman and Jack Wighton have meant better defenders in key positions. The departure of Blake Austin has seen BJ Leilua suddenly finding life a bit more predictable on the right edge, and the results speak for themselves.

But something I hadn’t explicitly considered was the remarkable improvement in goal line defence. In previous years it felt as though the best way to score against the Raiders was to get a repeat set. Six tackles we could take on our line. Any more and there was trouble.

Well it has changed, and thanks to the brilliant work of the team over at rugbyleagueanalytics.com (@leagueanalyst on Twitter) we now know just how much.

The above graph shows the ratio of number of plays absorbed in the defensive twenty against tries conceded. And look who is at the top, with over 15 plays on their goal line per try.

It may not last the whole season – we’re about the find out how we go without Bateman for a while. But for now, breathe it in Raiders fans. You have an elite defence.

One thought on “The Raiders Have The Best Defence”