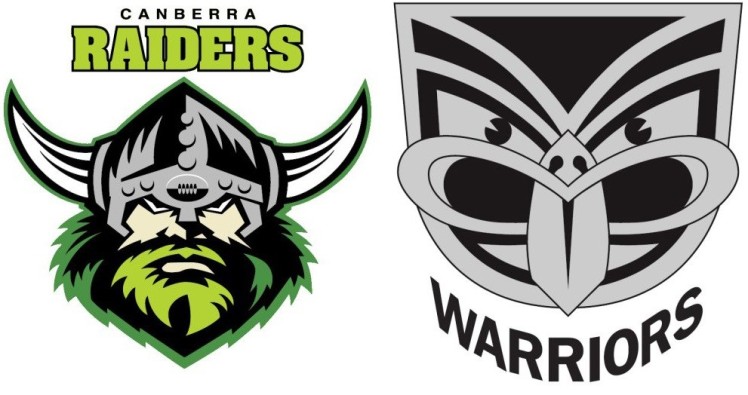 Well folks, here we are. After 24 rounds of football we’ve reached the end of the road in terms of the Raiders of 2018, which means we all get an extra month of stress relief before it starts all over again in March 2019.

In many ways this has been the stereotypical Raiders season of recent years – patches of brilliance and resolve amongst the larger blotches of indifference. It took the Raiders five rounds to scrounge a win, and after that the draw remained a bumpy ride for fans in the nation’s capital.

Starting the season minus your best player never helps, nor does losing your fullback midyear. On top of that a whole raft of established senior players have either fluctuated in form or succumbed to poorly timed injuries (as opposed to well timed injuries). Which makes the Raiders resurgence in the last two rounds all the more impressive. The Bunnies and the Chooks both fell to a Green Machine missing Wighton, Sezer, Croker and Tapine (he played the Roosters but not Souths). 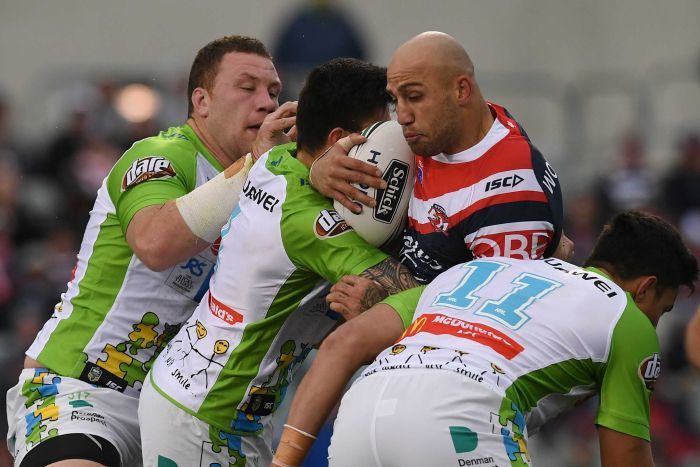 The question now is can they go on with it and find that elusive third consecutive win in 2018? The Warriors are swinging back into form just in time for the finals, but as the Raiders have shown any of the top dogs are fair game in the lead-up to September.

The Green Machine finish the year with a weird stat in hand – they’re the highest scoring side in the comp, the only side in the bottom eight with a positive points differential (in fact they’re higher than 7 & 8). This stat has been generated through very specific circumstances, namely the ability to lose high scoring games by very close margins. Their worst losing score line of the year thus far was 44-10 against the Storm. Of all their losses to date seven of those had a margin of four points or less. At least the last gasp capitulations didn’t lead to huge blowouts.

The last two triumphs have to be the most heartening leading into next year. The Raiders demonstrated that they could play 80 minutes worth of patient game control with out resorting to razzle dazzle to get them home. They showed they could work the long plan, rather than the one set hail Mary. 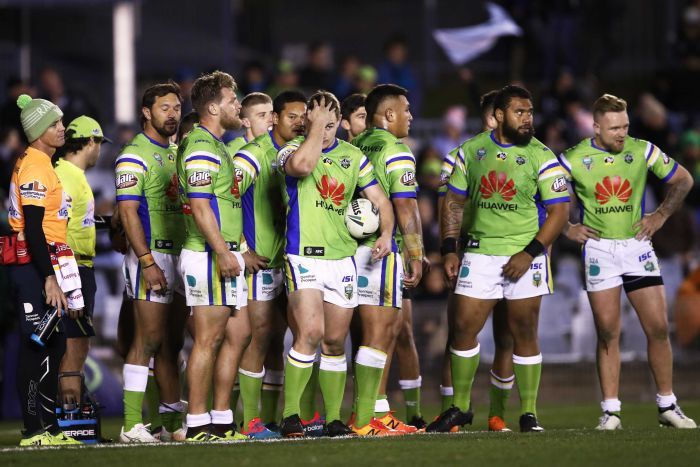 At this point you’ve probably noticed that I’ve abandoned the usual format for this last Rumble. There’s no point in harping on about what the Raiders can and can’t do, at least not this year. The team’s makeup will definitely change next year, and I for one am optimistic that the Raiders of 2019 will be a more mobile, more capable outfit, one that can string together consistent wins and make a real challenge of securing a top 8 berth. Over the summer Dan and I will probably ply you with some compilation lists, recounting the highs and lows of this season.

Finally we’d like to extend thanks to you, the readers. You turn up every week and read what we’ve cobbled together in a few minutes, which in this modern, crowded internet is saying something. The Rumble and the Review probably wouldn’t exist if you weren’t reading it.

Raiders to beat the Warriors and then take the Premiership in 2019!

One thought on “Raiders Rumble! Raiders v Warriors Round 25 Preview”