The long wait for football in 2018 is nearly over, with a just few weeks between us and the new AFL Season. What better time to cast our eye over the competing clubs, do our best Nostradamus impersonation and have a crack at guessing what the new season holds in store.

Next up in our series of previews is North Melbourne. 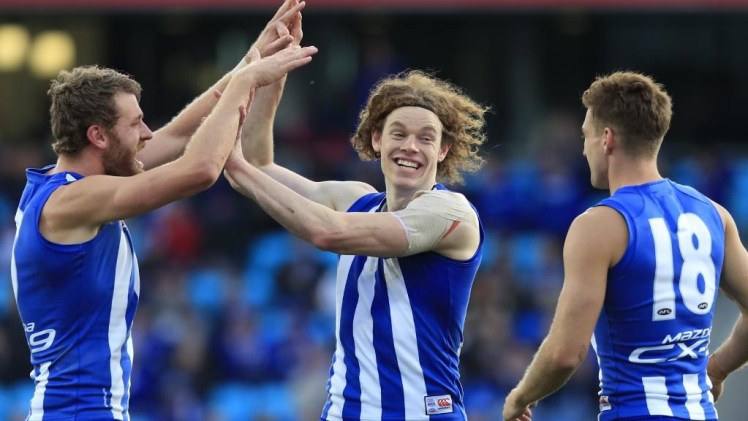 Given that the effort to rebuild the North Melbourne list began with the ‘Great Roo Cull’ of 2016 (read about our thoughts at the time on the upheaval here) before the descent had even begun, there is genuine reason to believe that there could be an upward curve in 2018. The club’s decision to put the list into genuine upheaval gave Brad Scott the opportunity to give debuts to 10 players in 2017.

Despite their lowly finish, what the future could hold in store for the Kangaroos was on display in two very positive results. In Bellerive, North demolished minor premiers Adelaide on the back of a 10 goal – 0 first quarter, they were also impressive in their final round ‘mockbuster’ victory over Brisbane which spared them the ignominy of the wooden spoon. 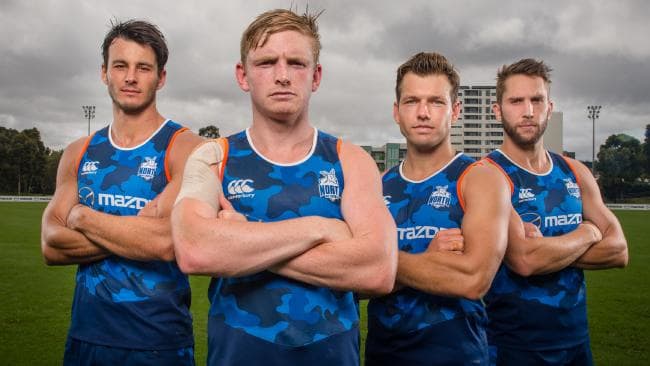 What could leave them standing still?

Despite the building blocks already being laid for the road back to the top half of the ladder, there has to be major question marks over a team their ability to stymie opposition forward lines and to stand up in pressure situations. Six times in 2017 they were involved in games decided by six points or less and five times they ended up on the wrong end of the ledger. Unless they can find a way to rectify one or both of these deficiencies, it will be difficult for them to climb the ladder.

Why could they go backwards?

While North’s bold calls on turning over their list is ultimately the only way back to the competitions upper echelon, in the short term it usually comes at the expense of consistency. It is in this absence of stability that defeat can usually be found.

The one positive in this seems to be that the club seems to all be on board the direction and aware that there is more pain to endure before the grey skies clear for good. 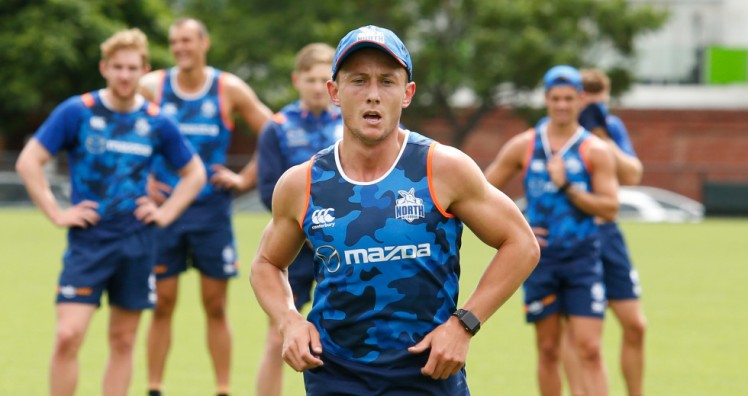 Surprisingly delisted at the end of 2017, the talented outside midfielder was excitedly snapped up by North Melbourne. At just 23-years of age but bringing over 60 games of experience from Hawthorn’s golden age, he’ll be looking at making an immediate impact at his new club.

While many would ask how Brad Scott is not higher on the list of endangered coaches in 2018, North Melbourne made it clear last year that they believe they have the right man in the hot seat. Having extended his contract despite their difficult season, it is clear that Scott is the man the club wants in charge of the period of rebuilding that lies ahead.

Having been in danger of claiming the wooden spoon until the very dying stages of 2017, it is hard to suggest that a worst case scenario would be any higher than bottom four in 2018. Their inability to close down opposition teams scoring or stand tall in tight situations also makes it likely that their best case scenario may not be any better.

The year ahead in a sentence

The 2018 Kangaroo Tale looks set to leave a bitter taste.

Click the link below to tune in to The Pinch Hitters with Boz and Pav podcast as the boys discuss what they expect from North Melbourne in 2018, the Ashes, the BBL and a whole lot more.

The Pinch Hitters, your home of sporting news and views – hard and fast.