GET IN THE BIN 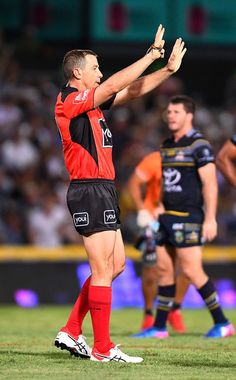 To say that the sin bin has been applied erratically across the opening three rounds of the 2017 NRL Premiership is an understatement.

Round 1: Bulldogs vs Storm

Will Chambers and Sam Kasiano are sinbinned for 10 minutes each.

Did it warrant the Bin? Yes. After the NRL decided to crack down on on-field fisticuffs a few years ago it’s been made pretty clear to all players that punching each other in the head is not ok.

While not all fans agree with the zero tolerance stance on biff it is one of the rules that the NRL has remained consistent on, so these two would’ve known what they in for.

Round 1: Cowboys vs Raiders

Clay Priest is sinbinned for a high tackle, his third consecutive infringement in the game.

Does it warrant the Bin? Maybe (but not 10 minutes). Many people were of the opinion that Priest was hard done by, considering that Thurston had made contact with Santo early in the first half even though the ball was out of play (without even conceding a penalty)

In reality Clay Priest was binned for having a very bad run of form for the proceeding fifteen minutes. Possibly.

Round 2: Rabbitohs vs Manly

Blake Green is sinbinned for tackling Kyle Turner without the ball.

Does it warrant the Bin? Yes. Green purposefully tackled a player without the ball to prevent him from scoring a try. Enjoy the 10.

Round 3: Rabbitohs vs Knights

George Burgess is sent off for striking Mitchell Barnett.

Does it warrant the Bin? Yes. See Round 1 Dogs vs Storm

Trent Hodkinson is sent off after he accuses the referee of having cost Newcastle the game.

Offence: Backchat/Arguing with the referee

Does it warrant the Bin? Dubious. At worst this should be a five minute cooling off period, with maybe a fine or official warning from the NRL to follow it up. 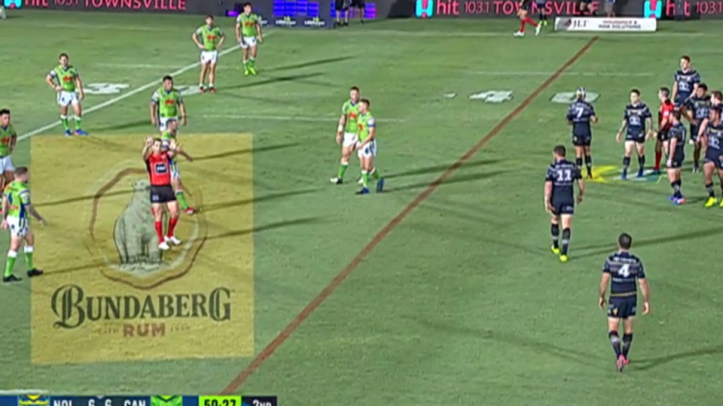 So now that we’ve laid out all the information for you, let’s get to the heart of the problem – there is no five minute sin bin option. Referees are stuck between wanting to use the sin bin sparingly, and needing to enforce the rules when players are actively and deliberately breaking them.

In the cases of Priest and Hodkinson a five minute rest would have been acceptable. It’s enough time for the players to calm down and centre themselves, and for the coaching staff to instil a bit of discipline if necessary.

The ten minute bin option should be reserved for proper rule-breaking – striking (and it really has to be a proper punch) or a professional foul such as tackling an attacking player without the ball.

If a player is constantly being pulled up for non-deliberate infringements then the five minute bin would possibly be acceptable, maybe in a “three strikes and you’re off” style. This approach would have to be at the discretion of the referee, although it’s usually pretty easy to see when a player is being pinged for being a bit slow rather than being purposefully impeding the game.

Speaking of which, five minutes would be the perfect solution to the never-ending stream of warnings that referees must deliver but never enact. I lost count of how many times during the Broncos vs Storm game in Round 3 that the referees had to warn either captain that another penalty would result in harsher punishment. Players know that for the most part refs are bluffing, but a five minute bin could give them a more usable option.

Actually, while we have you here, how about five minutes off for attacking players? Those who repeatedly walk off the mark, or who constantly hold the arms of defenders in the tackle in order to milk a penalty (or maybe just award the penalty to the defence. Whatever, just do it). Too often the NRL becomes obsessed with crack-downs on defenders, while attacking teams continue to stretch the rules to breaking point.

As we’ve seen from our rundown two of the five send-offs in the first three rounds were probably a step too far from the referees. If they were given the chance to send players off for different periods, for different infringements, they might be able to instil more control and respect in these matches.

Like all rule changes in the NRL it will have to get much worse before a change is considered, and then made.

Get in the bin.