The view from the top was brief for Parramatta. In front of a sparse crowd at CBUS Super Stadium, the Eels were brought back to earth after a flying start to 2017. Against an opponent ravaged by injury, they were reminded that behind every fixture in the NRL season lies potential danger. Top spot surrendered after a meek 26-14 defeat at the hands of the Gold Coast Titans. 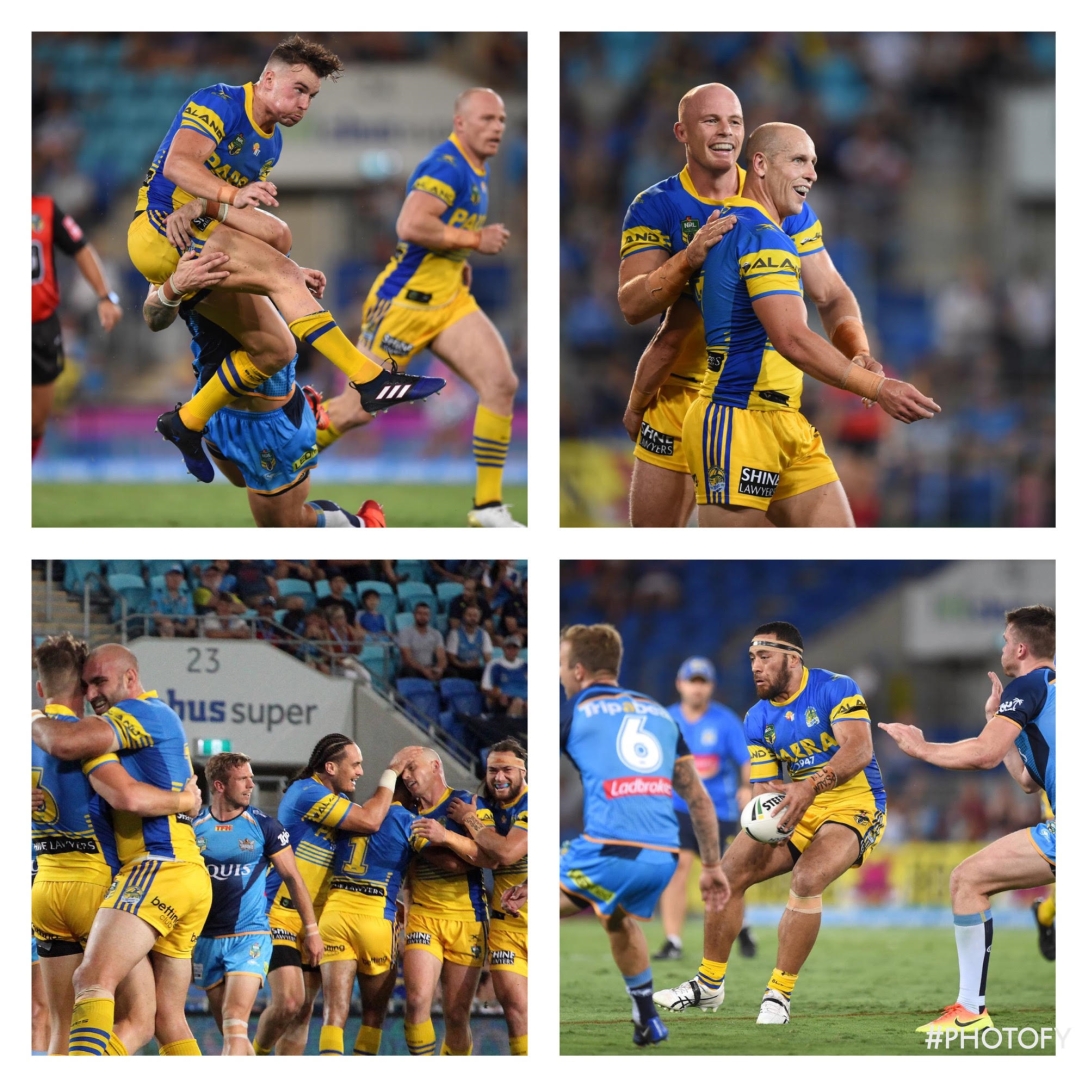 Even without live-wire half Corey Norman, the Eels were expected to make light work of the Titans. An expectation that only strengthened after a blistering start saw them shoot out to a 12-0 lead. For twenty minutes, the Eels pack made yards for fun. From this platform, Clint Gutherson looked set to have a special night as he directed the Eels attack in Norman’s absence.

The match turned however on the back of two areas that have been great strengths in the early part of this season. In Rounds 1 & 2, the Eels were absolute misers when it came to handling errors and penalties. It’s a very Melbourne like approach to the game, perhaps no surprise given coach Brad Arthur’s time in the southern capital as an assistant to Craig Bellamy. It’s an approach that appears very simple on paper but isn’t always as easy to execute as the Eels found on this night in Robina.

Without wanting to take too much away from the Titans, whose performance was brave in the face of an injury list that seemed to grow with every set of the match, the result of the clash had perhaps more to do with Parramatta lethargy than Gold Coast efforts. Rightly or wrongly, for the Eels it almost seemed that the ease with which the match opened up for them early appeared to suck the intensity from their performance.

From the 20th minute mark of the contest, the Eels attention to detail completely evaporated. Almost completely incapable of completing their own attacking sets, they continually gifted the Titans possession and territory with ill-discipline and error. Back to back penalties and a forward pass saw the lead halved, then in the shadows of half-time Parramatta again invited the Titans across the stripe with poor discipline, and Gold Coast accepted with glee.

Brad Arthur’s half-time address had little impact and the Eels began the second half in the same funk in which they finished the first. It was a comedy of errors that led to the eventually surrendering of the lead. On the back of a kick that sailed out on the full, Parramatta’s inability to defuse kicks saw a repeat set and points from two very uninspiring Titans attacking forays.

After taking the lead, the Titans never appeared in any real danger of surrendering it, for the remainder of the contest the match was pretty much camped between the two twenty metre lines. In a most dreary of struggles, both sides seemed content for it to be finished as early as possible. As the minutes ran down, neither side really challenged the other with any kind of creative effort. Set after set the ball was handed over either unimaginatively or through error, the Titans hoping desperately to secure a famous victory and the Eels seemingly incapable of anything else.

Some may point to the missing Corey Norman as a factor in the result of the match. While it would be true to suggest that the enigmatic half may have provided the necessary spark the Eels required when seemingly bereft of ideas, it would let the 17 Eels that did play off the hook for their uninspiring efforts. It would also be a disservice to the gritty Titans who, despite having 11 of their 30 contracted players unavailable for selection and conceding two early tries, did not let their situation affect their attack on the contest. For the remaining 65 minutes of the match they worked Parramatta over and the Eels had no answer and wilted in the face of it.

Tim Mannah after the match questioned whether the Eels had been complacent. The performance delivered does deserve this level of questioning. In the first two rounds of the season Parramatta completed their attacking sets 81% of the time, in the second half of the clash with the Titans they completed only 6 of 19! What needs to be asked though, is not if Parramatta had been complacent, but what gave them the right to feel so good about themselves? After missing the last 6 finals series and without a premiership in over 30, does two wins really warrant a team to feel complacent? Hopefully this loss and the sight of their next opponents demolishing Canberra last week has put to bed any loosely felt reason for complacency. Heaven knows what score the premiers will run up if Parra run out just expecting it all to click for them next week.

One thought on “Parra Post-Mortem: A Brief Stay At The Top”