BY BOZZA
Monday Night was Australian cricket’s night of nights, when it’s best and brightest from today and yesteryear gathered to award its highest honour, the Allan Border Medal. After yet another blistering season the medal was bestowed up opener David Warner. It was the second year in succession that the 30-year old  had received the gong. On a night when Matthew Hayden and David Boon, two of Australia’s most beloved ever openers were inducted into Cricket Australia’s hall of fame, many might have opinioned that Warner was well on his way to joining them.

This hasn’t always been the prevailing wisdom; Warner’s consistent excellence of recent times is in sharp contrast to the 2013 version of the willow wielder. On that year’s Ashes tour Warner was suspended for a bar room incident with English batsman Joe Root, which the British press colourfully described as the ‘Knockabout at the Walkabout’. Arguing the New South Welshman was worth the trouble was no easy thing when his efforts with the bat had accumulated a meagre batting average of 39.46 in tests, and 29.81 in ODIs.

The wheel began to turn when Warner visited South Africa with the Australian team the following year. With test cricket’s number one ranking on offer for the winner of the series, Warner rose to the occasion. In six visits to the crease, he passed 50 five times on his way to three centuries for the series, helping Australia to reclaim the ICC mace as test match cricket’s leading team.

From that moment on he hasn’t looked back, the once profligate dasher transformed into one of the most prolific batsmen in the world. Since his ‘Walkabout’ run in with Root in England, Warner has been the picture of consistency averaging 53 in both Test Matches and ODIs. For fans and his team’s benefit, this newfound consistency has not been at the expense of his explosiveness. Rather than attacking at all costs, Warner has prospered by being more calculating in his dismantling of opposition attacks.

During his career, Warner had won each award on offer with the exception, somewhat surprisingly, of the award for ODI player of the year. During the voting period for the 2017 medal, he looked like a man intent on correcting this. In 23 ODIs Warner plundered 1388 runs at 63.09. Along the way, he brought up a century a record 7 times, while also falling in the 90’s a further two times. This record breaking season was not to be denied and Warner was named the winner of the ODI award ahead of fellow nominees John Hastings and Mitch Marsh.

Whereas his ODI award was no surprise, his claiming of the ultimate prize was. A relatively quiet 12 months in the red ball game from Warner meant that Mitch Starc and Steve Smith were favoured to win the medal. Yet, when the convoluted voting system was tallied and the players and media votes were combined, Warner’s record ODI form saw him carry the day. Although perhaps unfancied, he was none the less a worthy winner. 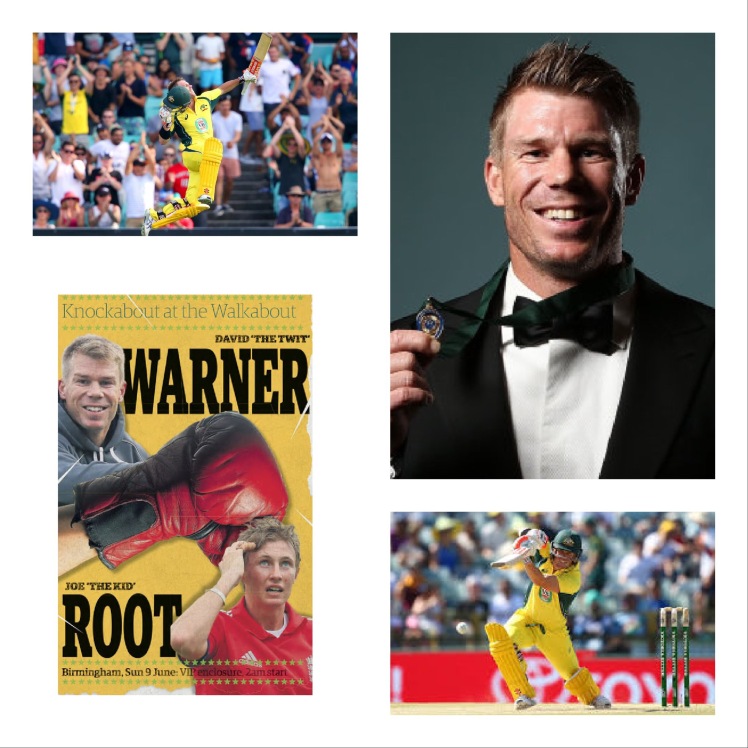 Fair to say that leadership agrees with David Warner, now the old man of Australian cricket and a two-time Allan Border Medallist. The man on the stage at the Star Casino in Sydney figuratively and literally a world away from the hot-headed man whose inability to curb his aggressive nature saw him suspended from cricket. At a spritely 30-years old, there are still more chapters ahead in the Davey Warner tale, with a much happier ending expected than seemed likely back in 2013.