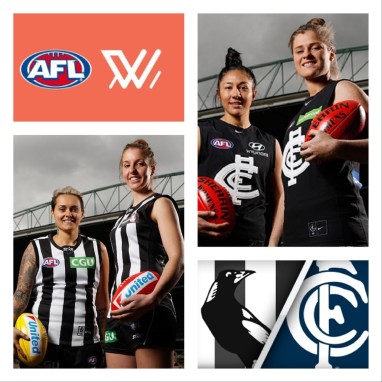 The dawn of an exciting new era for the AFL will see two of the games bitterest rivals renew hostilities at a traditional battlefield. Ikon Park, or Princes Park as most would remember it, will host the AFLW season opener between Carlton and Collingwood next week.

The match, originally set down for the Holden Centre, was shifted to the Blues spiritual home in response to extraordinary interest in the new competition.

The AFL’s decision was made, in part, after 2000 fans piled into Ikon Park on the weekend to see the Blues unpublicised practise match against Melbourne. With less than a fortnight to opening night, the crowds across the various practise games were yet another promising sign in a mostly well-managed lead up to the competition’s inaugural season. 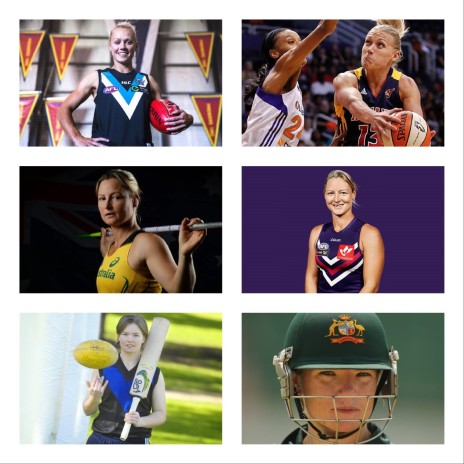 While we are not yet certain of what the crowds will be like for season one, in a playing sense the AFL has realised the truth in the Field of Dreams adage ‘If you build it, they will come’.

Joining the stars of the annual Bulldogs v Melbourne exhibition like Daisy Pearce, Moana Hope, and Kara Donellan, will be several athletes who took other paths when football closed its door on them as juniors.

Football tragic and WNBA superstar Erin Phillips will suit up for Adelaide, Olympic Javelin thrower Kim Mickle will step out for premiership favourites Fremantle, and Southern Star Jess Cameron has traded a cricket bat for the opportunity to represent Collingwood.

Where there was deserved early criticism for the AFL when they announced the initially paltry wages for the competition’s stars, the AFLPA’s has since intervened to thrash out more palatable payments. While there is still some way to go in this regard, there is now a palpable excitement for the season ahead. The significance of the situation, and recognition of what the league can become, not lost on the sporting public.

This mood aptly captured in the AFL’s recent launch of the competition’s advertising campaign. If you haven’t seen it, take a look at it here. The AFL’s fondly remembered 1990s ‘I’d Like to see that’ ads have been given a modern twist with the help of some of Australia’s highest profile sportswomen. Melbourne Cup winning jockey Michelle Payne and olympic gold medallist Cathy Freeman take centre stage alongside Collingwood marquee player Mo Hope.

In launching the campaign AFL CEO Gillon McLachlan remarked  “The campaign reflects the change and revolution in our game, and I thank the women and men who participated in the ad. It is a very strong and powerful statement of what is at stake for our new league and for women’s sport,” he said. “The AFL has been overwhelmed with the enthusiasm and support of the women’s competition over the last 12 months and now the wait is nearly over for us to see the new stars in action in their first season.”

The AFL is correctly taking a conservative approach to the women’s game, happy to have their expectations exceeded. Despite the league’s caution, the historic sentiment of the moment is evident in the reactions of the clubs that missed an entry in season one. A humble beginning perhaps, but the pioneering spirit of the competitors ensures that the sky is the limit. A sentiment best expressed by McLachlan when he said “We are thrilled that the players are already making their mark, empowering girls and women and being role models for a new generation of athletes. It has been very exciting to watch this unfold over the last 12 months”.

When Carlton and Collingwood run out that night, it won’t just be a great day in Australian Football but for Australian Sport in general. It’s been a long time coming, 159-years after the first ever game, but in 2017 we will finally bear witness to a professional women’s Australian Football League. As McLachlan declared “The entire football community is excited for the beginning of the NAB AFLW season on Friday, February 3.”