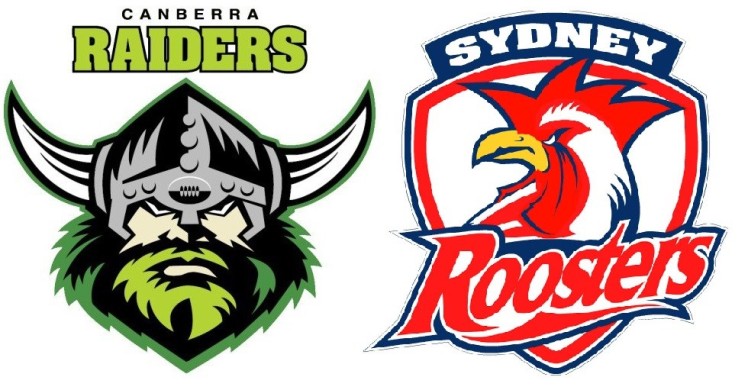 2018 is a bust. Injury woes compounded by weird/terrible positional jiggling robbed the Raiders of any meaningful consistency. Of the nine victories to the Green Machine name in 2018 six came in back to back pairs. But never more than two wins at a time. Every time the Raiders found some sort of groove they would throw it away inside three games.

With the season officially ending after round 25 the Raiders have three games left to experiment and explore new possibilities, much like what they’re doing this round with young Emre Guler (provided Ricky doesn’t have him sit out the entirety of the match – why Stuart insists on routinely not maximising his available interchanges is completely beyond me).

Unfortunately the Raiders are without two of the main ingredients that allow them to play fast, spirited football – Aidan Sezer and Jack Wighton. Instead we have to settle for another week of watching Austin and Williams demonstrate the cohesion of a post-shower band aid.

The 2018 Raiders are truly an “On paper” team – all the right parts, but they’ve been put together by someone who thought that deliberate reading of instructions was for chumps. When people ask you about Stuart’s coaching ability never forget that he spent nearly half a season trying to jam either Sezer or Hingano into a dummy/utility position.

Round 23 will most likely herald another L in the Raiders ledger as they take on genuine contenders the Roosters, who will no doubt be looking to play the slow grind style of footy that is too often the Raiders Achilles heel.

Boyd and Paulo have just three games left to prove not only their individual worth to their future employers but also the validity of the big bopper into the future. Given the coming changes to subs most teams will be unwilling to field more than one hefty unit who tires quickly, and will instead be moving to the more lean, tireless workhorse model who can easily chalk up 60-70 minutes a game.

Emre Guler is part of the new wave including Murchie and Knight, who along with Bateman and Sutton, will form the depth pool for the Raiders to draw from in 2019. I for one sincerely hope that Stuart finds a way to give the youngsters maximum game time between now and seasons end.

In Case You Missed It: Finding time for Guler and the Raiders’ other young forwards was a key part of the ‘Answerable Questions’ for the last few rounds of this season.

Guler will find himself in the mix with the likes of Napa and Cordner, but the Roosters do find themselves short one Jared Waerea-Hargreaves.

Hodgson had some problems getting the distribution right last week, partly due to the pressure the Tigers applied in defence. I expect he’ll have been clear to Austin and Williams about the necessity of being ready for quick plays so he can try and exploit weaknesses around the ruck.

The Roosters now have Cooper Cronk, which means the Raiders should be prepared for a never ending stream of traffic inside their own twenty.

Stuart continues to tinker around the back five, shunting Abbey back to the custodian spot and returning Cotric to his rightful place. It should be quite interesting to see how the power pairing of Whitehead and Cotric go (if they can get the ball) as they could cause line break headaches for the Roosters if allowed to build up speed.

Conversely the Raiders will need to keep a close eye on the likes of Tedesco, Mitchell and Ferguson, lest they find a gap they can exploit either through the middle or on the fringe.

Havili – Continues to be the Raiders best bench option, lifting the team with strong running when he comes on.

Bateman – Had some good input in the match against Wests.

Guler – I’d like to see Ricky let the young’un take the first interchange of the game – there’s no stakes attached and it could be a great confidence boost.

Paulo – Three games left until he turns back into an Eel.

The Roosters will call on Butcher, Tetevano, Aubusson and O’Sullivan.

Nothing left to do but play out the season and then get ready for 2019.

Raiders by 40 from behind!