2018 will be a challenge for the Canberra Raiders. Faced with a competitive competition and a critical injury the Green Machine will have to eke every inch of success out of their play to make the finals. Can they maximise their potential and put themselves in a position to play finals footy? 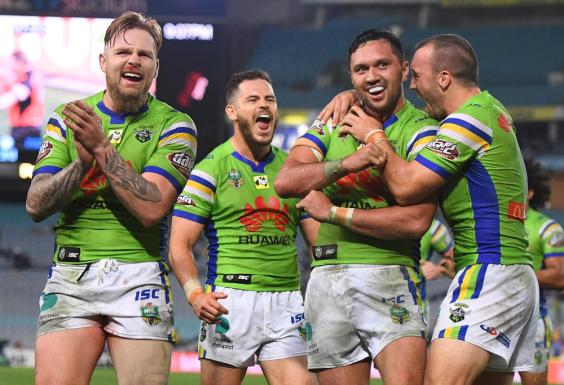 Make no mistake that the situation in 2018 is harder than it was in 2017. The Roosters, Cowboys and Eels will all be better than last year when they all played deep into the finals. The Storm will miss Cooper Cronk much less than everyone expects. The Broncos may not improve – it’s hard to tell how much they’ll miss Ben Hunt versus how much they’ll relish Andrew McCullough – but they’ll be in the 8 because they always are. The Panthers are a wildcard that could be ready for a massive year, pairing young half Nathan Cleary with veteran James Maloney in a move that will support, rather than detract for him. Safe to say it’s crowded at the top and the Raiders will have their work cut out trying to fit in.

But the Raiders still have their strengths. They still have one of the best backlines in the competition. They still have a talented forward pack. But will they make the finals? Well, before we get to that they must answer the following questions.

The Raiders have won 8,10,17 and 11 games in the Stuart kingdom. When you look at those numbers it’s pretty easy to see which season stands out. In 2016 they won their last 10 games in a traditional biennial late season run. It was magical. It was beautiful. Maybe it was just a brief moment though that will never be replicated.

In 2017 was 2016’s ugly step-sister. Entering mid-season in much the same place as 2016, a slump followed in which they dropped multiple golden point games against Manly and threw away multiple games to Penrith.

Our dodgy pythagorean theory win expectation thought the Raiders should have won close to 14 games in 2017 and those games against Manly and Penrith really seem to be the difference. We lean towards the Raiders being closer to 2016 than 2017.

But don’t say we didn’t warn you.

Can the forwards dominate?

The difficulty of the Raiders 2018 season got turned up to max following the planet-size hole in the middle created by Josh Hodgson’s injury. They will likely take a much more ‘old-school’ approach to the season. Devoid of the creativity in the dummy-half, their forwards will have to match other clubs with enthusiasm and ballast, something they failed to do last year (with the notable exception of Josh Papalii and Junior Paulo). Metres will be won with old-fashioned hard-running. Games will be won when the forwards match or exceed their opposition.

Their forwards are no doubt talented enough to provide this. Junior Paulo and Josh Papalii should be able to match their 2017 seasons, provided they’ve been able to shed the extra weight their gained in their end of season feast disguised as a World Cup campaign. The Raiders back row should be better than last year. Joe Tapine should settle into his spot on an edge, and Elliot Whitehead will benefit from the time at lock. I’m looking forward to see what his ball-playing skills bring in the middle of the park. Three 80-minute forwards will hide one of the Raiders biggest weaknesses in 2017 – lack of forward depth. Add in Sia Soliola, Charlie Gubb, the return of Dunamis Lui and Royce Hunt, and the emergence of Jack Murchie and suddenly a weakness in 2017 could be resolved in 2018.

The Raiders forwards are ready to lift from a under-par 2017. Josh Papalii and Junior Paulo have lifted their fitness to fit in line with the more stringent requirements at Raiders HQ this offseason. Elliot Whitehead’s defence in the middle will be critical. And Joe Tapine and Shannon Boyd are primed to have breakout years. We think the Raiders forwards are in for a big year.

Can the Raiders three-headed dummy-half monster do the job?

Craig Garvey was excellent in the trial game, running the ball well and showing he’s not afraid to take care of the long kicking game at dummy-half. He will push Siliva Havili for a starting spot early in the season. 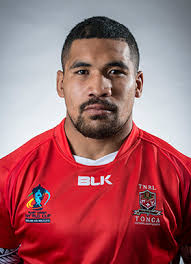 For his part Havili showed his defence will be vital early in games, and once he acclimatises to the pace of the NRL game he will feel more comfortable creating around the ruck. He barely did anything but service the forwards in that game – and he’ll need to improve both the pace and quality of that. But what I’m keen to see is him take some liberties around the ruck. Those metres will be critical to take some pressure off the Raiders big men.

For his part, Aidan Sezer has proven a useful stop-gap at that position should it be needed. But moving your best halfback to 9 to cover for substandard hookers weakens two positions rather than strengthening any.

Havili will have first crack and will likely split time with Garvey in a similar manner to Hodgson and Baptiste in 2017. Time will tell if either is good enough to hold the fort until the return of their superstar.

Can Aidan Sezer impose himself?

As far as ball-playing halves go, Sezer is unquestionably the Raiders best all-round talent. Sure Austin can run better, and you might argue Sam Williams can push him for kicking, but in terms of the total package Sezer is the man. He can break tackles, run set plays with precision and his ball-playing close to the line is superior. His defence is the best of any Raiders half and it’s not close.

Fitting into this team has been an ongoing process for him. Fighting for control on both his inside (Hodgson) and his outside (Austin) has meant that too often he seems to disappear in games.

Hodgson will be gone for the majority of this season. Austin has personally identified his strengths lie in running rather than ball-playing, and if the trial is anything to go by he’ll spend more time playing as a second receiver this year – something these pages recognised as critical to the success of 2016. He is more Laurie Daley than Darren Lockyer.

So the air is clear for Sezer. He is the main man if he wants to be. He can run this side as he sees fit. I’m on the record that I think he can step up and show his talent.

Taking control of this side means channelling the energy of the talented backline productively. Last season Wighton and Rapana were both in the top 5 error-makers in the competition, and the Raiders made the most errors in the competition in the last 5 minutes of games. One cannot help but feel that the sometimes harried Raiders attack lead to errors because they were pushing for the fluency of late 2016. A more controlled approach under the auspices of Sezer could help the Raiders keep their head at the end of games.

In a contract year, and potentially playing some minutes out of position, means Sezer has a higher degree of difficult in 2018. A lot rests on his shoulders.

Has the defence been fixed?

In 2016 the Raiders defence operated on a bend but don’t break principle outside of three games. But against the Bulldogs in round 5, and late season victories against the Storm and Sharks the Raiders provided something more. In these victories the Green Machine throttled the opposition with violent, up-and-in defence. In 2017 this aggressiveness was rarely seen. They can ill afford to be so lackadaisical in 2018.

Nowhere is this more obvious than in the right-edge defence. According to NRL.com, the Raiders conceded just under half of the 84 tries scored against them in the space around BJ Leilua and Blake Austin. Leilua had 21 try-conceding lapses and Austin 16, much more than other Raiders. What’s more, with the move of brick wall Elliot Whitehead into the middle, the Raiders lose the second most effective one-on-one tackler in the competition. If Austin and Leilua can plug this hole properly the Raiders defence will suddenly look a lot more sturdy.

Early signs are good. While the Bulldogs put the Raiders under pressure in the first trial match, the Raiders line speed was impressive, and their dsicipline close to the line was notable. Nowhere to be seen was the on-your-line sliding so often seen in 2017.

So where will they finish?

Call me an optimist but even without Josh Hodgson I think this is a top 8 roster. But the tight-rope isn’t easy to walk. The forwards must fulfil their potential. Havili and Garvey must be first grade quality. Aidan Sezer must take control. The right edge defence must be ship shape. All of these good must go in the Raiders direction consistently if they are to succeed. If they can answer these questions in the affirmative then we’ll be watching them in September.

Just how late in September is another question.