AFLW Season Two: What are we looking forward to?

After the success of last years debut competition and with the new season nearly upon us, what are we looking forward to in AFLW 2018. 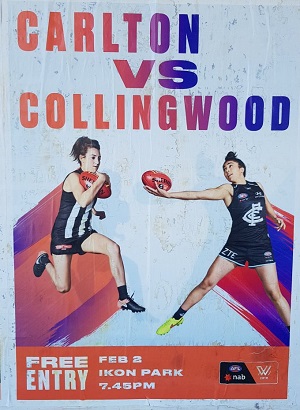 We saw a lockout at Princes Park last year when both teams locked horns, and there are hopes of a similar size crowd in attendance on Friday night when they once again open the season at the Blues spiritual home. There will be a little bit of extra spice too after Carlton acquired Collingwood’s Best & Fairest winner Nicola Stevens in the trade period.

Let’s hope Melbourne’s public transport system is better prepared than last year, when the throngs of people rushing to the ground saw Trams absolutely packed to the rafters and still unable to ferry everybody to the famous old suburban fortress. 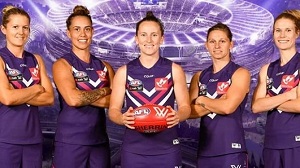 Fremantle host Collingwood in Round Two at Perth’s new Optus Stadium. Fremantle was one of the biggest disappointments in 2017, one of the premiership fancies before the season began they won just one game in 2017.

Memories of the disastrous campaign seem to have been put to the side by Freos fans though with ticket sales for the Round Two match already in excess of 38,000. As a result, hopes are now high that the crowd will surpass 50,000 on the night. If it does it will break the record for the largest crowd at a women’s sporting event in Australia, Olympics excluded, and be a grand introduction for football to the country’s newest super stadium. 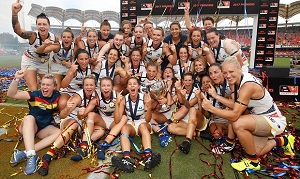 Erin Phillips and the Crows defending their crown.

The Adelaide Crows and their star Erin Phillips won almost every award on offer in season one. Despite this, not one of the captains, when asked in the annual preseason survey, picked the Crows to repeat as premiers in season two. Having been similarly disregarded in last years preseason, it is unlikely to concern Adelaide too much as they set about on their quest for back to back flags.

The Crows are by no means a one-man band, but the value of Phillips’ services cannot be overstated. The former was head and shoulders above the pack as the most dominant force in AFLW last season and it is hard to see the Crows being too far off the pace as long as they have the 32-year-old superstar on the park.

Whether Melbourne can fulfil their promise? 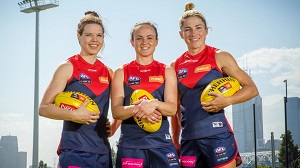 With the likes of Daisy Pearce, Mel Hickey and Elise O’Dey on their list, it should come as no surprise that Melbourne has yet again been nominated by the AFLW Captains as one of the teams to beat in season two. The trio has had no end of success with the Darebin Falcons in VWFL but was unable to translate this to the AFLW in season one.

Similarly fancied last year, despite a strong finish to the season which included a victory over eventual premiers Adelaide, Melbourne fell short of a Grand Final berth by percentage. It will be a fact that the Demons will have ruminated on during the intervening months and you can expect that they will hit round one ready to fire lest they leave themselves open to similar heartbreak.

If the Blues offseason raids can translate to on-field success? 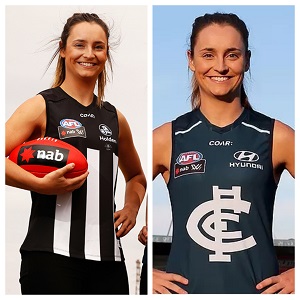 Carlton was the most active player in the offseason trade period acquiring Collingwood’s Best and Fairest Nicola Stevens and Brisbane star Tayla Harris. Having likened Harris to Nick Riewoldt last year (you can read here), The Sportress is especially excited to see how she combines with League Leading Goal Kicker Darcy Vescio in the Blues forward line. We aren’t on our own either, the AFLW captains have nominated Carlton as Grand Finalists in AFLW season two.

It wasn’t just established talent the Blues gorged on in the offseason, they also added some incredible young talent too. Carlton may well have grabbed the steal of the AFLW Draft when they were able to nab TAC Cup Best & Fairest Winner Bridie Kennedy with their last selection in the draft. A little like Adelaide’s Sarah ‘Tex’ Perkins did last season, the 18-year-old from Rosebud has the potential to embarrass those club officials that overlooked her long enough for the Blues to pounce.

Last touch out of bounds 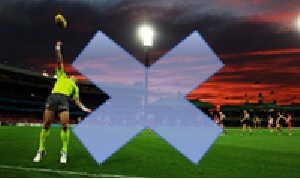 Don’t be alarmed if you see an umpire make a ‘lasso’ signal at the footy over the next few weeks. It’s not the official hinting at a desire to change careers, it is just the newest umpiring signal in Australian Football on display.

You see there won’t be any ‘deliberate out of bounds’ controversies in AFLW this season with the competition being played under the ‘last touch’ free kick rule. No more waiting for the boundary umpire to hurl the ball back into play to restart proceedings it will instead be an opportunity for a team to immediately begin an attacking raid.

While many will have reservations about the rule, and there will no doubt be some unintended consequences discovered along the way, it is definitely a trial worth having. 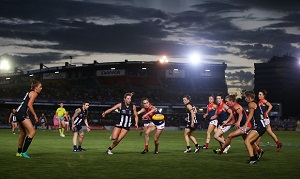 Most importantly, how good will it be to have footy to watch again? With the Australian Open done and dusted and the Big Bash winding down, it is the perfect time to see the Sherrins finally come out of hibernation. With seven games for each team and just two finals positions, every game counts. Bring it on.