After a most emotional and well received ‘Farewell Tour’ a Hawks champ has decided to go around again in 2018. It took until the last hours of the trade period for it to be official, but in exchange for Picks 43 & 75, Hawthorn premiership captain and 2 x Norm Smith Medallist Luke Hodge was traded to the Brisbane Lions along with Pick 44.

The man himself was pretty pleased with how things transpired, “Yeah, I’m pretty happy really, it sure beats having to fling Lite n Easy,” Hodge told The Sportress. “I wasn’t sure when I retired if I should go around again, but the crowds loved sending me off so I’d be crazy not to give them the opportunity to keep doing it.”

The 33-year-old admits he needed some encouragement before commencing his second farewell tour. “I was really enjoying a few retirement bevvies with me mates when Johnny Bloody Farnham walked into the bar,” Hodge said as he busily consulted Wikipedia to learn his new team-mates names. 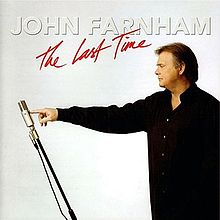 Farnham himself recounts how he convinced Hodge to follow his lead into the world of serial retirement. “I told him he owed the fans more than to retire just the one time,” the Australian music icon told us. “Over about 15 pints, I explained to him how my manager Glen Whately and I had been able to successfully complete 27 farewell tours and I am nowhere near as popular as Hodgey,” Farnham said before offering two for one ticket offer to see him play a show at the Hallam Hotel next week.

It certainly was a watershed moment for Hodge. “When Farnsey explained it all to me, I knew exactly what I needed to do,” he said. “With 18 teams in the competition, I’d be crazy not to milk this baby for as long as possible,” Hodge excitedly shared. “By the time I get around them all, there is every chance that the AFL will have added a few more teams. I could do this forever.”