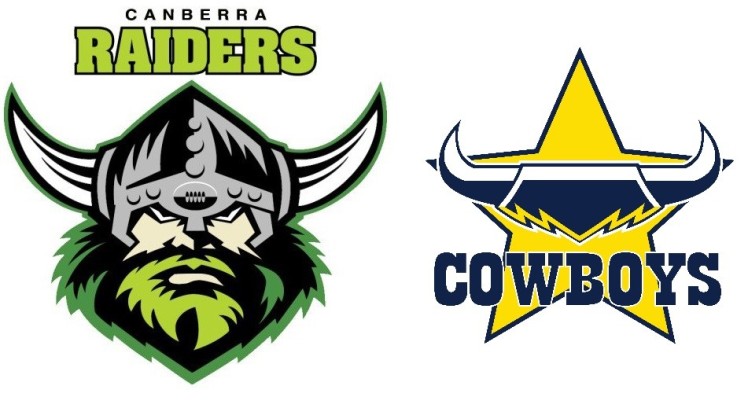 Another week, another kick-in-the-teeth loss for Raiders fans everywhere. When many folks declared that they would be bleeding green this year they probably didn’t mean all over the floor of the Calvary emergency department.

Stuart has finally heeded the calls of the masses and axed Priest in favour of Dave Taylor, who has overcome everything from a leg injury through to chicken pox on the way back into this team. It’s a lot of pressure to put on an off-contract forward who may be past his peak, but we can only hope that his presence adds some defensive starch.

It’s the defence that has been the most depressing in recent weeks, with soft try after soft try being let through. The amount of opposition try scorers who have literally strolled through open gaps unopposed is mind boggling, and distressing given the defensive abilities of this side in the second half of last season.

While reading nrl.coms weekly power rankings I had a moment of incredulity when they declared the Raiders to still be the second best attacking team behind the Storm. I checked the for and against and to it proved true, but there’s a caveat to this. The Raiders racked up two big handy margins early in the season, against the Tigers and the Titans. The biggest blowout was the loss to the Sharks. Apart from that the biggest margin was the 14 points the Knights won by back in round 10.

Herein lies the problem. The Raiders are almost exclusively losing all these games by less than 10 points in the last 10 minutes. This is a team, that for whatever reason, cannot function for the full length of a match fixture.

I’ve abandoned the usual subtitles for the Rumble this week because it’s clear at this point that we need to discuss things on a broader team level. Whatever the winning formula was that powered the Green Machine through 2016 seems to have vanished, replaced by self-doubt and squabbling. Many fans discussed the ramifications of a certain on field verbal incident between two Raiders players last round that indicates not all is well inside the group.

At last week’s game I sat high in the south-western terrace, a place where I can get a good view of the action unfolding. When a bronco strolled over for an easy try late in the piece my wife was a little surprised to hear me mutter “F*#king idiots”. It was the return of the dreaded defensive back pedalling that had set me off.

The Raiders defensive style of 2016, at its peak, was enough to repel the Sharks and the Storm. The Green Machine were truly one, working together, pushing up in unison at speed to stifle any attack before it got going.

It’s all gone now, of course, and the time is upon us where players and coaches need to show that they have the drive to execute at a first grade professional level.

Part of the Raiders problem last week was that they once again underestimated their opposition, foolishly assuming that the omission of Boyd and Milford would somehow blunt the Broncos attack. To make the same assumption of the Cowboys this week would be nothing short of season suicide.

The Taylor selection is but one foot on the path to redemption, and if they don’t hurry up and find their much vaunted top form soon some players may find themselves serving extended duties at Mounties, where they can relearn the basics of determination and execution.

This is not a prediction so much as it is a declaration – the Raiders can win now or start prepping for 2018.