Week 7 of the A-League saw both Melbourne Victory and Brisbane Roar claim their first victories of the season. Sydney FC ended Newcastle Jets undefeated run and returned to the competitions summit. Spotless Stadium was ruled unsafe for play meaning the Wanderers and Phoenix will need to meet again later in the season and Adelaide United returned to the winners list at the expense of the Mariners.

After their shock loss last week to Central Coast, Sydney FC found themselves in the unusual position of hosting the League Leaders in Week 7.

The Newcastle Jets came to Allianz Stadium undefeated and brimming with confidence and energy.

As Sydney have done for the last 18 months or so, they answered the challenge to their crown. Goals from Bobo and Ninkovic enough for the Sky Blues to claim the three points and reclaim pole position in the race for the A-League Premiers Plate.

Perth Glory fans clearly have long memories given the welcome they gave Besart Berisha upon his every touch at NIB Stadium on Sunday.

Berisha the scorer of two goals in Brisbane’s 2-1 2012 Grand Final victory over Perth Glory, including the controversial penalty which settled things, was the subject of a number of less than complimentary songs from ‘The Shed’ supporter group.

Unfortunately for Glory fans, like he did in the 2012 decider, Berisha had the last laugh. The Kosovar international scoring the games opener in the 56th minute to help set up his team’s first victory for 2017-18.

Football can be cruel

After the high’s of last weeks victory over champions Sydney FC, Central Coast were brought back to earth by Adelaide in week seven.

After taking the lead, on the back of a Wout Brama penalty in the 40th minute, Central Coast surrendered the advantage in the 59th. Both teams desperately sought the winner, which heart-breakingly for Central Coast, came in the 93rd minute volley from Ryan Kitto. Needless to say the post match scenes were much more subdued for the men from Gosford than they were a week earlier.

A youngster struts his stuff

It is often said that crisis breeds opportunity and so it was for Perth Glory in Week 7 of the A-League. Hit with an injury list which has seen Adam Taggart, Scott Neville, Diego Castro among others in the casualty ward, Coach Kenny Lowe has been forced to exhaust his playing list. Enter 16-year-old Jacob Italiano.

At 16 years, 112 days old, Italiano became the fourth youngest A-League player and it almost proved a fairytale debut for the teenager. In the 48th minute Italiano came within centimetres of opening the scoring against Melbourne Victory. Despite this, and his team coming up short, it will still be a day the promising youngster will long remember.

Brisbane Roar climb off the mat

After six weeks perennial finalist Brisbane Roar were without a win and stone motherless last. Faced with the difficult task of a match up with Melbourne City, there horror start appeared likely to continue.

In front of a disappointing home crowd, the Roar took full toll of their opportunities against a City team that had lost just one game coming into this round. The Melbourne team made the Roar work for the win, with an Avraam Papadopoulos brace proving the difference in the drought breaking 3-1 victory. As a result there is a log jam on the A-League table with teams 4-10 separated by just three points. 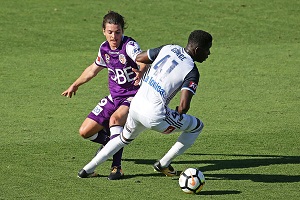 Dutch signing Leroy George has been a shining light in a difficult start to season 2017-18 for the Victory. Despite Melbourne’s slow start, George’s class has been plainly evident.

While stats can only tell half the story in George’s case they are telling. The attacking midfielder has created an A-League leading 22 chances this season and in a team that has only scored eight goals, he has either scored or been the creator of six. It has been an impressive start from George and Coach Kevin Muscat will be hoping that, with a few of his international stars becoming more frequently available, these combinations can fire Victory back into Championship calculations.

Western Sydney and Wellington’s fixture scheduled for Spotless Stadium was postponed due to player safety concerns over the state of the pitch. While all efforts should be taken to ensure player safety, how can a venue slated to host an A-League game be in such a condition? While we wait for the rescheduled date for this Wanderers home game, their next has already been shifted to ANZ Stadium to ensure that there isn’t a repeat. 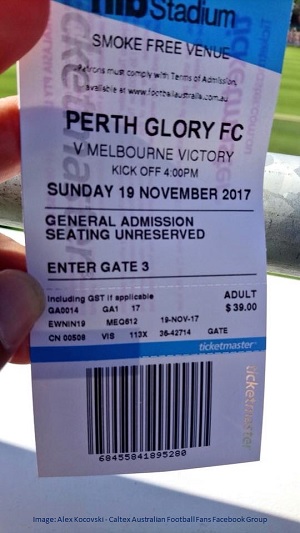 Crowd numbers have been worrying in the early stages of this A-League season. Overall average crowd numbers are 2000 down per game on two season ago, with six of the ten teams down on their 2015-16 figures.

Even Melbourne Victory, whose figures indicate growth, are in jeopardy of finishing down by seasons end having already played four of their five Etihad Stadium fixtures.

Many pundits have spoken at length on a number of different forums about what can be done to fix the shrinking crowds but angry fans on social media may well have highlighted a large part of the problem.

Aggrieved by the $39 price tag on their General Admission ticket to the Perth Glory v Melbourne Victory game, fans posted pictures of their tickets on Facebook. To put this price in perspective, GA Tickets at AFL matches are $25 and tickets for the NRL Grand Final started at $45! Then there is the option of watching it from home, a Foxtel sports pack is $44 per month. You could watch every A-League game for the month from your arm chair for just $6 more than it costs to watch one from NIB Stadium.

While there are a number of other periphery matters the clubs could tend to in order to try and coax people into the grounds but these measures won’t work until they quit trying to gouge them. 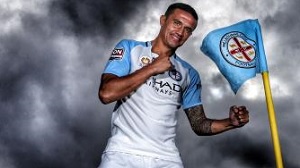 As patriotic Socceroo fans we all want Tim Cahill fit and firing ahead of the World Cup in Moscow next year. Despite this, the Socceroo Legends public standoff with the club is a terrible look for him, his club and the game as a whole.

What it has done though is highlight the lack of a domestic transfer system to allow for players to move between A-League clubs. Much like the competitions archaic approach to International dates, this simply cannot continue they way it is.