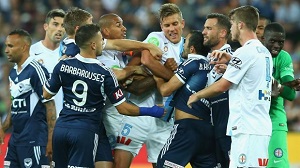 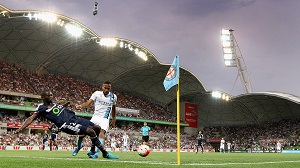 Melbourne City celebrate their 200th A-League match against their bitterest rival, their cross-town neighbour, Melbourne Victory. Having won the last two Derby’s, the Victory will be hoping to become the first team to win three straight contests in this hard fought rivalry. City were impressive in their efforts against Brisbane Roar last week and will be hoping to deliver more of the same against a Victory team hoping to avoid two straight defeats to start the season. Both teams will be close to full-strength with the return of their International stars absent in week 1 and big crowd at Etihad Stadium should be treated to another riveting contest in the 23rd Melbourne Derby. 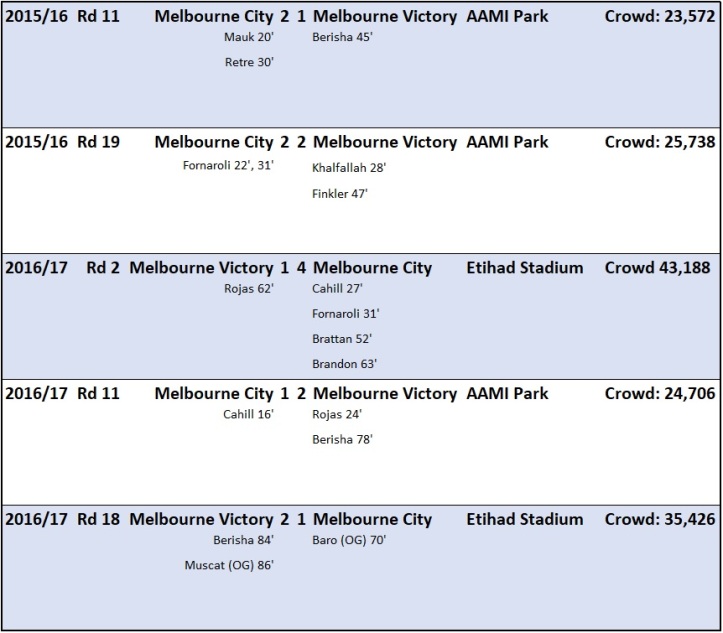 The Melbourne Derby has not lacked for drama, nor has it lacked for goals with 18 scored in the last five matches between City and Victory. It is no surprise that Besart Berisha and Bruno Fornaroli have been prominent throughout this period. Berisha has scored in the last two games and found the net three times in the last five games, as has the City goal scoring machine Fornaroli. Tim Cahill has only played in three Derby’s and already has two goals to his name including the incredible half field effort in the first derby of last season. 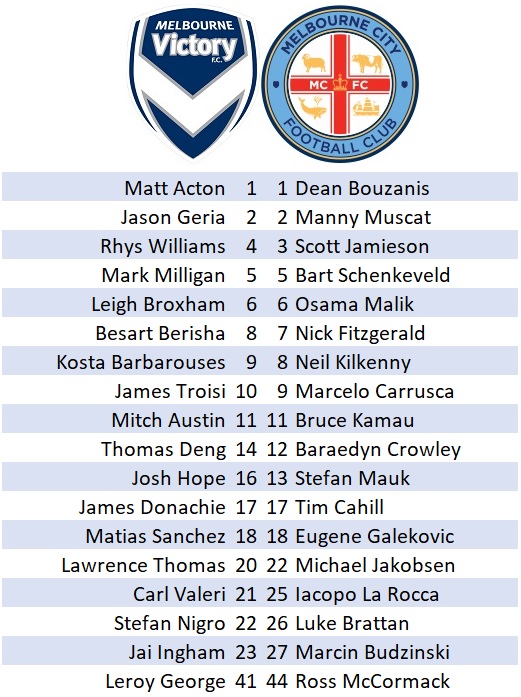 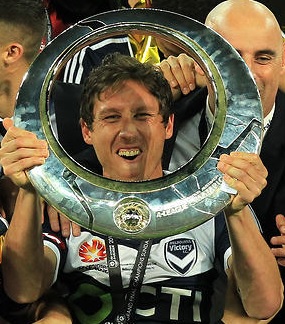 The 2014/15 Championship Winning Skipper and Joe Marston Medallist has been sorely missed by the Victory as he plied his trade in the UAE the past two seasons.

A mainstay in Ange Postecoglu’s Socceroos Teams and among the A-League’s top handful of players, his ability to impose himself on the contest in the middle of the park will be of immeasurable benefit to the Victory.  For a team that fell a penalty shootout away from the Championship last year, his addition to the side could well prove to be last piece of the jigsaw for Kevin Muscat and his team. 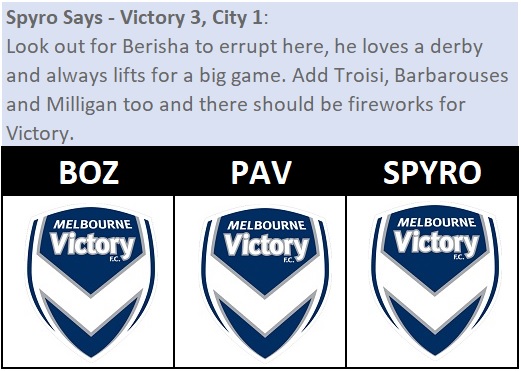