On Saturday morning, St Kilda fans may well have choked on their bacon and eggs when reading the Herald Sun’s match report on the previous evening’s clash between the Saints and North Melbourne. While most will not have been overly happy with the performance of their team, they most likely would have expected the largest paper in Melbourne to have actually bothered to write a match report rather than a hatchet job on a St Kilda legend. 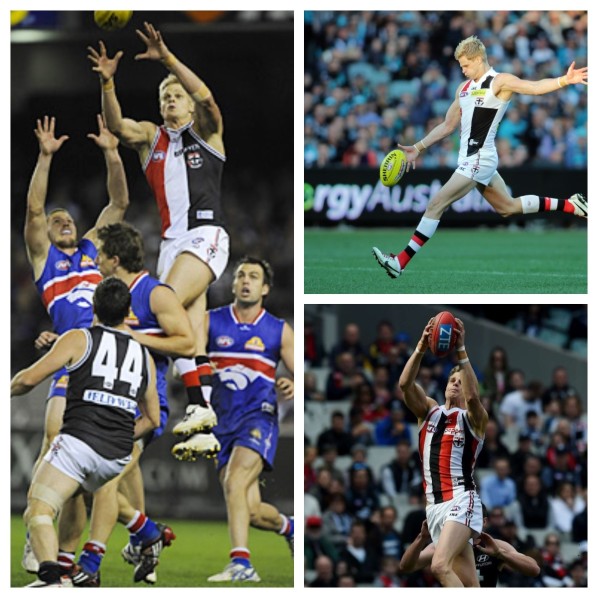 Under the heading, “Yawn, so let’s talk about Rooey” Sam Edmund proceeded to spend much of his 632 words questioning whether Nick Riewoldt should retire. Oddly this speculation was not borne of any question of Riewoldt’s form, nor was it because of any doubt as to whether he was still one of the Saints’ best. It was simply because the former captain was born 35 years ago.

How did we get here? When did the coverage of football become so cynical that those charged with covering it, stopped actually covering it? By no means is The Sportress suggesting that the media not question or explore the negative aspects of the game, but should a match report be completely replaced with speculation about whether a player should retire or not? Whether Edmund’s premise was valid or not, like a Best Man using his toast to speculate whether the Groom would have been happier with an ex rather than the Bride, it is the wrong time and place.

Is it really too much to ask that a match report actually contains some information about the game? Is it too much that after having paid the ever increasing price for a Saturday paper that the insight provided by the paid professionals extend beyond the ill-considered offerings you get for free at the bar? Is it too much to expect that a match report in the city’s biggest newspaper have quotes from those involved in the game rather than former AFL coaches? Or, if you are asking a former coach for a comment, that it be about the game in question?

Even more confusing than the fact that Sam Edmund disagrees with these rhetorical questions, is that this particular game prompted him to question Riewoldt’s future at all. Tacked on the end of his ‘match report’ Edmund nominated his best players for both teams in which he judged Riewoldt the third best Saint. You read that correctly, a game in which he was the third best player for his team prompted a seasoned journalist to question whether he should play on.

This is simply mind blogging but just another example of the media’s obsession with the sensationalistic or the negative. Why, when the time we have to enjoy these superstars is so brief, are those charged with reporting on the game so keen to rush them into the sunset? Riewoldt is still an elite player in the AFL despite being born 35 years ago, this is extraordinary. What kind of cynicism do you need to have to want an elite career to end based soley on the date on his birth certificate.

As much as football clubs’ need to always keep an eye on their future, it is also necessary to be in the present too. It is a perilous chemistry formula that that continually changes, one thing that remains constant though is that elite players are vital whether they are 19 or 37. The concern that Edmund raises via quotes from Grant Thomas is that Riewoldt is stunting the development of the club’s younger players. It is for this very reason that the six-time best and fairest splits his time between the mid-field and the forward line. Beyond the time it provides the Saints’ future forward stars to ply their trade in the forward 50, it also means that they train and play with one of the best players of modern times.

There will come a time when Nick Riewoldt will no longer be an AFL footballer, while there will be other stars that will take is place, it will be a sad day. Not for everyone though I guess, Sam Edmund will be able to tell us all that he devoted an entire match report to the fact that Riewoldt should retire.

You can hear Bozza rant about this in further detail, along with discussions on the NBA Draft and other AFL matters on The Pinch Hitters with Boz and Pav Podcast via the link below or via Soundcloud or I-Tunes.