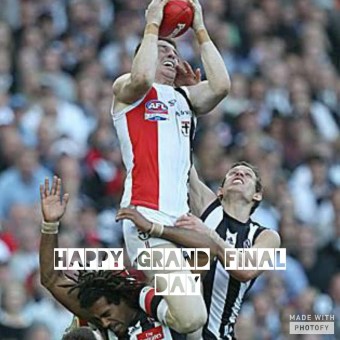 This Saturday night, at the conclusion of Channel 7’s Grand Final coverage, the sun will set on one of the most memorable of Australian Football commentary careers. With the commencement of the news we will all be ‘like corks in the ocean’ cut adrift forever from the reassuring and smooth-voiced calling of Dennis Cometti.

Well known for his commentary abilities, many would be unaware of his on-field exploits. A talented footballer Cometti played 40 WAFL Games for West Perth, a 60 goal season in WA saw him recruited by Footscray in 1971. Unfortunately, the conspiring of injury and his already burgeoning media career meant he did not get a chance to make an on-field mark in the big League.

Two years after calling his first football match, at 23 in 1973 he became ABC Radio’s youngest ever caller on a Test Match Broadcast. A broadcasting career that saw him an ever present feature on our TV screens and radio waves was underway. At the same time three local league premierships as a coach in Perth saw him appointed coach of West Perth in 1982.

A Preliminary Final appearance in his first year, followed by two missed Finals Series saw an end to his coaching aspirations.

Football coaching’s loss was our gain. Instead of his golden tonsils being used to urge and coerce recalcitrant West Perth footballers, they were to turned to the task of entertaining and informing viewers of the VFL.

A large number of his colleagues spend much of their broadcasts ‘wowee-ing’, sharing in-jokes and generally frustrating the viewing public. While remaining a unique voice, for the most part, Cometti understands that his responsibility is to enhance rather than distract from the broadcast images. This understanding reflected in his being recognised as Television Caller of the Year, by the Australian Football Media Association, a record 11 times. He is also a member of both the MCG and AFMA Halls of Fame with entrance to the AFL’s a formality in the future.

It is always a difficult thing for someone to choose the right time to end a career. If a measure of an entertainer is that people still want more, then Cometti’s decision was ‘centimetre perfect’.

It would be positively un-Australian if we let this moment pass without a look at our favourite ‘Cometti-isms’.

Cometti’s take on the left-footer Scott Lucas – “I think it’s safe to say Lucas takes his right leg out there purely for balance.”

Describing Heath Shaw’s famous smother on Nick Riewoldt in the 2010 Grand Final Replay – “He snuck up on him like a librarian.”

After a near miss from Darren Gasper – “Ahh. Gasper the unfriendly post.

An interesting take on a developing Hawthorn attack – “Bateman to Barlow. The Hawks are attacking alphabetically.”

On an early meeting with Eddie McGuire – “Ed an aura. I remember he asked his personal assistant, ‘Have you seen the letter opener?’ and she replied ‘It’s his day off.’ I was impressed.”

Mitch Hahn tackled by both Heath and Rhys Shaw – “Mitch Hahn found himself girt by Shaws.”

Josh Carr colliding with team-mate Trent Croad – “Carr was just poleaxed by his own team-mate. Does that qualify as Croad Rage?”

My personal favourite, after Tony Liberatore emerged from a pack worse for wear – “Liberatore went into that last pack optimistically and came out misty optically.