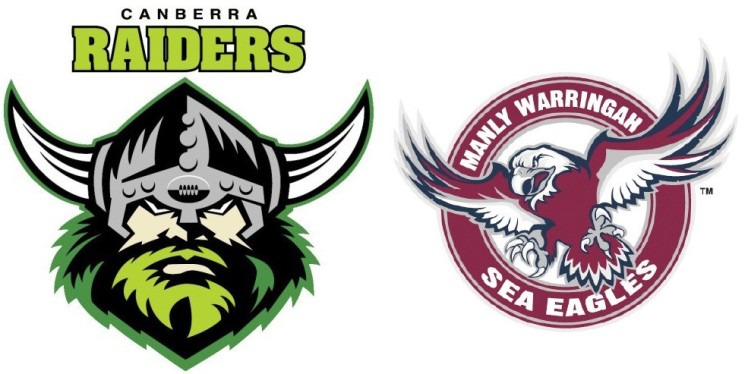 Two very important things happened for the Raiders of the course of Round 24. Firstly, the they maintained their winning streak in a come from behind win over the Eels and secondly, the Bunnies continued their resurgence to down the Sharks.

The net result from those two games is that the Raiders are now just two competition points behind the Sharks, while being ahead on points differential (+5). If the Raiders can win their final two over Manly and Wests they stand a chance of snaring second place. If the Sharks drop either one of their last two games they could find themselves in third. This may actually be a very possible outcome, as they must defeat an in form Roosters squad and then take on the Storm in the final round.

In short, the chance is there for the taking. Round 25 sees the Raiders welcome back Josh Hodgson, Edrick Lee and Paul Vaughan (Shaun Fensom has been included on the extended bench). Junior Paulo is out after sustaining rib cartilage damage, and try-scoring machine Brenko Lee is relegated by his cousin’s return.

As with any game at the pointy end, this one can’t be taken for granted. The Raiders need to control the play and field position from the get go – kick to open spaces, quick chases, strong defence, repeat sets and patience aplenty. If they can get a tired and hurting Manly side to engage in the grind they can wear them down in the first half, and then start picking them off in the second.

Battle of the Big Boppers

Vaughan and Fensom – if you had approached any Raiders fan in the last two seasons and told them that these two wouldn’t be a lock for the top 17 they would have laughed at you. Which just goes to show how strong the depth is in the engine room for the Green Machine. Fensom, for one, looked like a genuine contender to be a one club player, until the arrival of Soliola, Whitehead and Tapine. Between these three the Raiders effectively cover all of Fensom’s workload. Vaughan’s situation is somewhat more puzzling – a supremely talented forward that somehow couldn’t find a spot in either the starting 13 or the 4 on the bench. His return to the side means he gets a shot at reminding Ricky of his value, especially when it comes to tiring out multiple defenders as they try to drag him down.

Manly have forward firepower of their own, in the likes of Taupau, Myles, Trbojevic(s) and Buhrer, but they’ve struggled all season long due to inconsistency through injuries. This is their last home game of the year, and they’ll be challenged to match it with a Raiders pack in fine form.

You can expect the Raiders attack to swing back to near 100% crispness this week, with the return of Hodgson (We’re not worthy! We’re not worthy!) While it’s good to know that we have some depth at #9 it became clear pretty quickly that Adam Clydsdale still has a long way to go before he can match it with the top flight rakes in the league.

Expect Hodgson to be at his conniving best – poking in around the ruck, looking for those Manly forwards that are either too tired or too keen, his kicking game, either long or short. Austin and Sezer did a decent job of righting the ship in the second half, although most of the playing finesse came through the hands of Croker on the fringe.

Put your Back(s) into it

Jarrod Croker is possibly the most underrated centre of this decade. A point scoring machine, his playing ability this year has reached new heights. His defensive abilities are greatly improved, while his ball control can be best be summed up through the amount of flick passes he can nail in one game. If he doesn’t win centre of the year there’s going to be a riot.

The other backline highlight for me was BJ’s pass to his captain – a superbly placed shot made while drifting across field. Leilua himself doesn’t bag that many tries, but his worth as a facilitator of play is immense.

Stuart has gone from maligned to maligned coach of the year – his patience in developing players is now proving highly rewarding.

Trent Barrett has had a pretty awful rookie year as coach, and it probably won’t get any better this weekend.

The Raiders continue to roll on towards September, seemingly unstoppable. That said, they need to continue to apply themselves 100% to the task at hand – two more games and they could be hosting a final in week 1!