Being the resident artist of the Sportress I have a fascination with design and art in sport. From uniforms to liveries, stadiums to logos I love examining all of the aspects of how sport is presented to us visually. Formula 1 is very much a convergence of looks and performance, and even though the presentation of a car has no impact on its performance it can help make a winning car an iconic classic.

So far only one day of pre-season testing has been completed, and there’s still 40+ days and significant upgrades before the cars hit the track at Melbourne. So let’s judge the cars initial debut on the one thing we can definitely see: Liveries! 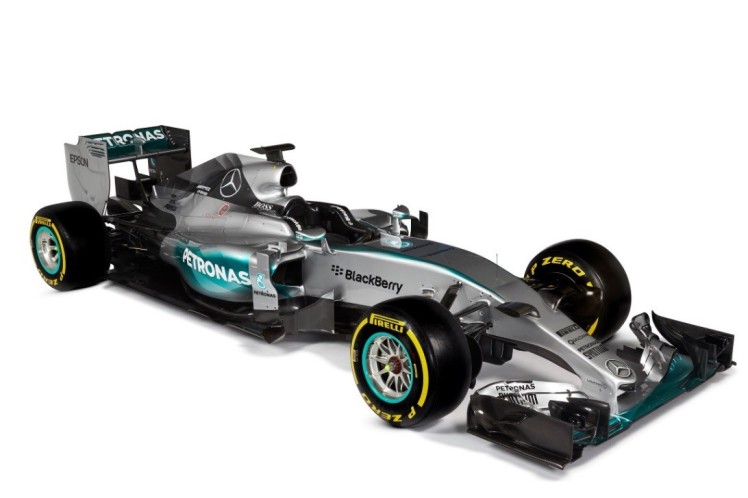 Mercedes have clearly gone with the “If it ain’t broke, don’t fix it” route with their livery in 2015. The W06 is almost indistinguishable from the W05 which pretty much crushed all opposition in 2014. The team were clearly keen to spend more time on the mechanics than the graphics, and rightfully so, as many other teams will now have reasonable knowledge of what made the W05 such a champion car (a very well configured power plant). 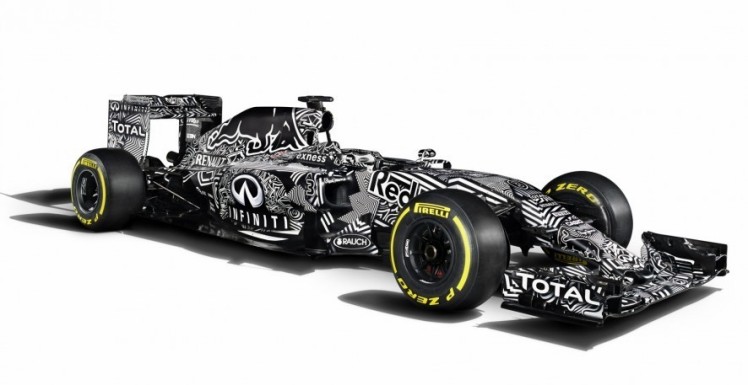 Red Bull were the runners up in 2014, dethroned after a four year reign at the top. The team were reportedly still rushing to assemble the car before the first test at Jerez, and surprised pretty much everyone with this paint job which they’ve dubbed “CamoBull”. Clearly designed to break up the visuals of the aero package, it’s another classic Red Bull mind game attempt (previous years had them hurriedly throwing covers over the rear wing and so on to bamboozle the competition). Possibly more of a PR move than actual counter-commercial espionage.

Ferrari had a pretty dour campaign in 2014, and they are banking on significant upgrades and Sebastian Vettel* to improve their lot in 2015. The only noticeable change is the elongation of the nose to a drooping spoonbill design (all cars have had significant nose changes in line with the new regulations which aim to rid us all of the terrible dong-nose syndrome of 2014). Apart from a few missing/repositioned sponsor logos the 15-T is almost identical to the F14-T.

The Williams team were one of the big improvers last year, thanks in part to their Mercedes power plant. Rexona has come on board as a major sponsor and now take pride of place on the side pods. The nose has been reworked, with the crash structure tip significantly shorter and in line with the leading edge of the front wing. The iconic Martini stripe has been slightly enlarged. Over all it’s a pretty tidy unit.

Oh McLaren. If you’re going to welcome back your on again/off again engine partner, maybe don’t do it while you’re still wearing Mercedes silver? The MP4-30 isn’t a bad looking beast, but its choice in livery was met with plenty of derision upon debut. Ron Dennis has since tweeted that this styling is only temporary, with speculation rife as to whether it will be classic McLaren orange or iconic McLaren-Honda red and white next up.

What’s in a name? Plenty if you’re Lotus-Mercedes, formerly Lotus-Renault. An iconic partnership may be gone, but at least the catching gold on black livery lives on. The E22 was one of the major losers of 2014, with a combination of an under powered Renault power plant and a bizarre double tusk nose bringing it unstuck. The E23 sports a way nicer front end, and the scarlet red continues to catch the eye. Pretty much a team on the way up again.

Well hey there good looking! After years of running with a pretty drab navy blue colour scheme Sauber has clearly hired a new graphic designer who knows that the spectrum goes beyond midnight and navy. A livelier blue is offset by the nifty yellow adorning the side pods, and is somewhat reminiscent of the scheme that the Renault team had in the early 2000s. Sauber will be praying that Ferrari have improved their power plant in the off season.

Another contender for the “best facelift” category, the STR10 has done away with the dreadful dong-nose of the STR9. Apart from that there’s been a few visual tweaks with striping being enlarged and a few logo shifts. Much like their bigger sibling Toro Rosso will be banking on a vastly different Renault unit to take the fight to the Mercedes powered cars.

Force India debuted their new scheme on a 2014 car as apparently the VJM08 would not be ready until the second round of pre-season testing. Manor F1 (formerly ill-fated Marussia) claim that they’ll be ready for the opening round, but I’ll only believe it when I see it. Likewise for Caterham, who despite successfully crowd funding their last appearance of 2014 have been very quiet in the off-season.

I’ll be attending the Melbourne F1 GP this year and I’ll endeavour to furnish the Sportress with a both a preview and review. Stay tuned!